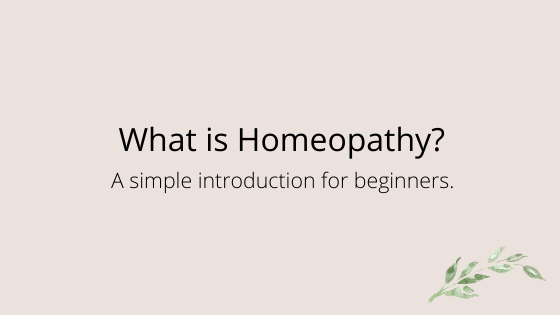 After beginning my Homeopathic journey it did not take very long to discover that the majority of the population does not know what Homeopathy is, let alone how to use it. What a shame! A goal of mine in writing this blog is to get Homeopathy into more homes and more hands [er, mouths]. Having a solid understanding of what it is, is so important!

It is often assumed that Homeopathy is another name for Naturopathy or herbalism, or just another umbrella term for holistic medicine. I’ve even been referred to as a Horticulturist before, ha ha!

None of those are actually true (although I do wish I were a better gardener!)! Homeopathy is it’s own unique therapeutic system which balances your body’s energy, so it can be restored to a state of health.

Let’s start with some history- Homeopathy developed from the findings of Dr. Samuel Hahnemann (1755-1843).  Hahnemann was a medical doctor and chemist who became dissatisfied with medical practices common at that time, such as bloodletting and the use of toxic chemicals. He gave up his medical practice to instead work as a chemist and translate medical texts.

It was during this time that he began his quest to provide a different form of healthcare while using the principle of “similars.” He began experimenting with different things, the first being cinchona bark, which was common in treating malaria-induced-fever at the time. He discovered that if he ingested enough of the cinchona root, he began experiencing symptoms similar to malaria. He continued his research into “cures” and the idea of “similar suffering,” and began compiling his findings. Hahnemann theorized that substances that caused symptoms in healthy people would alternatively relieve the same symptoms in sick people. This concept would form the primary principle of homeopathy — similia, similibus, curantur, let likes be cured by likes.

how do you choose?

In Homeopathy, we identify the symptom picture of the patient and match it to that of a single remedy.

Each person is treated individually because no two symptom pictures (and therefore people) are the same.

Your head cold and my head cold from last month were totally different. Both of our noses wouldn’t stop dripping, but yours was completely stuffed up and mine was not. My eyes were constantly crying and yours were clear! I couldn’t stop sneezing, you only would sneeze when you woke up. You felt better in the warmth of your bed sipping tea, whereas I felt better going for a quick walk around the block. You needed the remedy “Arsenicum Album” whereas I needed the remedy “Allium Cepa.”

A person’s unique pattern of symptoms are all interrelated. No matter what the individual symptoms are, they are recognized as an effort of the body to adapt to and deal with various internal or external stresses. When the correct homeopathic remedy is given, is stimulates and aids the body in it’s highly sophisticated efforts to heal. By stimulating one’s own vitality (with a homeopathic remedy), the body restores itself to a state of balance.

If you took my remedy and I took yours, we would have seen no change in our symptoms. That is one of the beauties [but also frustrations] of homeopathy- it only works if you’ve chosen the right remedy.

So that’s all fine and dandy, but what’s in those little magical pellets you may ask?

Hahnemann began diluting his formulas as to not poison himself or his family. This bore another fundamental component of Homepathy, and what is the most highly controversial aspect, the “law of infintesimals.” Homeopathic products are formulated by taking a sample of the source and repeatedly diluting it with water/alcohol. The medicine is then succussed (shaken vigorously), and the process is repeated until the desired concentration is reached.

So as to not have a completely inactive sample, it is the succussion between each step of dilution that appears to transfer the healing essence from the original substance into the water/alcohol it is diluted in.

Someone might see Arsenic and run the other way [for good reason!], but the homeopathic medicine that you find in the store is completely free of the natural substance, nontoxic and safe for all ages – even the remedies of substances which would be poisonous when found in their natural form.

Once the desired concentration is reached it can be left as a liquid, or transferred to pellets – those little white balls that you most often see. You will also find topical creams and lotions and single-use liquids.

The different concentrations are referred to as “potencies.” In a pharmacy or store, you will usually see 30CH on the bottles – this is the concentration, or “potency,” that is most often used in acute situations.

In Homeopathy, less is more. By using the smallest possible dose and only repeating when necessary, side effects and adverse reactions are prevented and one is brought to health safely and efficiently. By following the principle of “minimum dose,” only enough medicine is given to initiate the healing response. This means that you take the correct medicine as instructed until you notice an improvement – and then you stop! If improvement halts, or you feel you’re sliding backwards again, you assess your symptoms and re-dose.

Um, everything? For real though, whatever your ailment there’s a remedy for that! If you have a serious condition or a chronic complaint, you should make an appointment to see a certified classical Homeopath [if it’s an emergency, go to your nearest hospital first]. Even when you are on medications from your Doctor, you can use homeopathic medicines in conjunction and they would not interfere.

This post is for general informational and educational purposes only. Please remember that I am not a Medical Doctor and do not claim to be a professional in anything but Homeopathy; please consult with your doctor of choice before introducing something new. Please see my full disclaimer here.

We won’t get into chronic conditions, but you can use Homeopathy for the following acute complaints:

where do I buy remedies?

You can buy homeopathic remedies online, at grocery stores, in pharmacies and health clinics. Single remedies are very inexpensive, and one remedy can be used for a variety of reasons. So after you use Arsenicum Album for your cold, keep close by for future colds, influenza, the stomach flu, a headache, again, I could go on! Call ahead if you’re looking for something in particular, but if you aren’t, next time you’re in a store head to the pharmacy and see what you can find!

Hippocratic tradition of “First, does no harm” is the base over which homeopathy developed. The Physician’s high and only mission is to restore the sick to health, to cure, as it is termed – Samuel Hahnemann 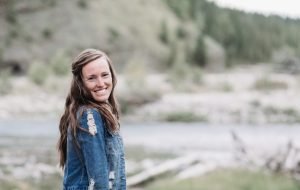 Hi – thanks for stopping by!

Stay awhile, take a look around and please shoot me a message if you have any questions!